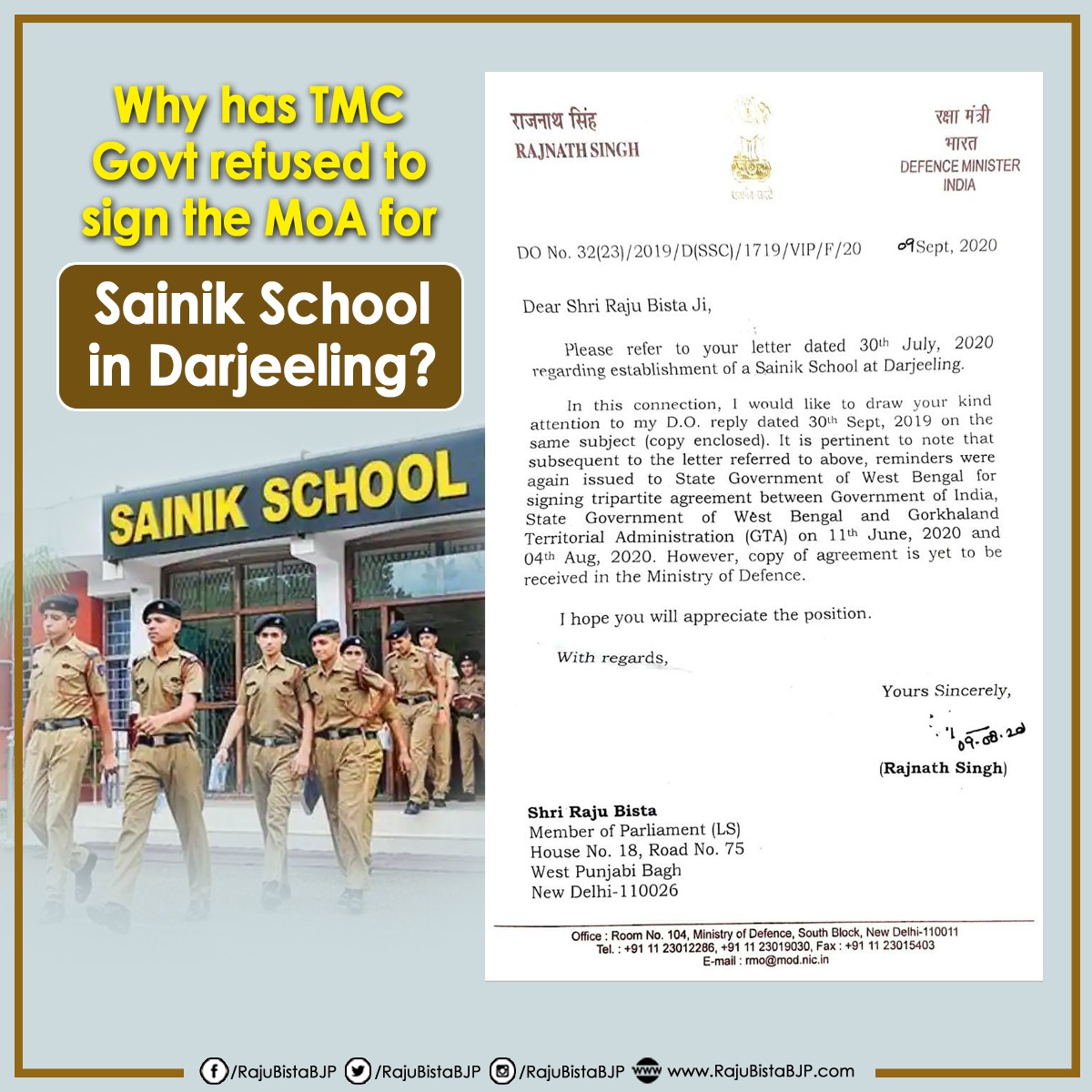 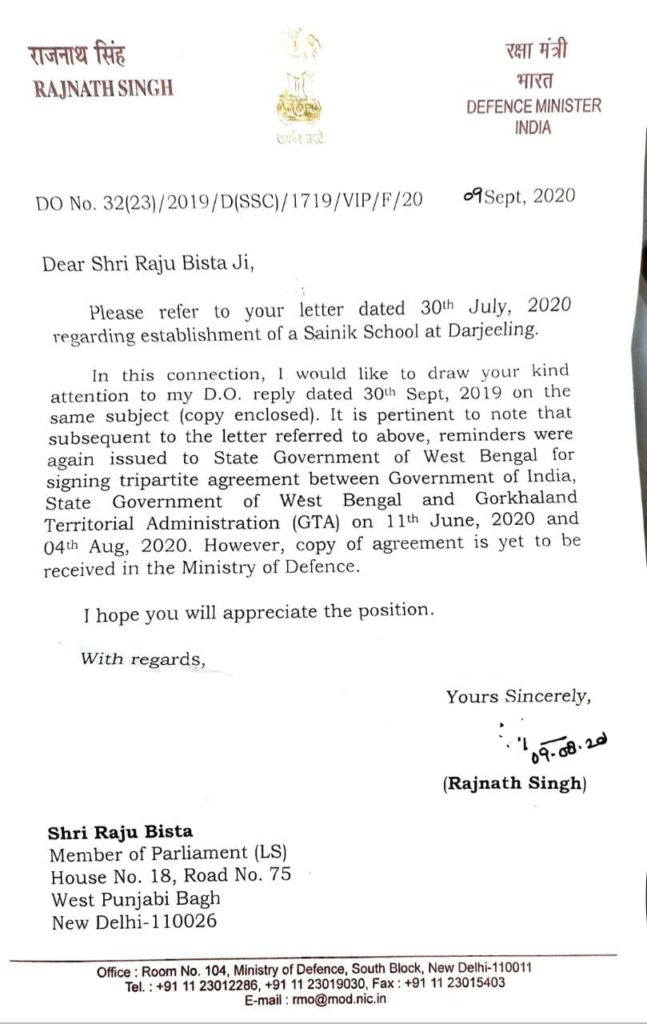 I am unable to understand why TMC led Government of West Bengal has refused to sign the Memorandum of Agreement (MoA) with the Union Government, that will pave way for the establishment of a Sainik School in Darjeeling.

Following my request for expediting the process, Defence Minister Hon’ble Rajnath Singh ji has informed me that his Ministry has sent two reminders on 11th of June 2020, and on the 4th of August 2020. Yet, the West Bengal government has not signed the MoA.

The apathy and discrimination meted out by TMC towards North Bengal, particularly Darjeeling hills, Terai and Dooars is made apparent here due to TMC’s repeated refusal to sign the MoA. It is ironic that an MP of the same TMC party had also brought up the issue in the Parliament in February, but she has also conveniently chosen not to pursue the issue with her party leaders in Kolkata. The delay in the establishment of Sainik School in Darjeeling is due to the discrimination and apathy of TMC Government towards the hills.

I humbly request all those who are working for TMC in the hills, including their junior team to pursue this matter with Hon’ble Chief Minister Mamata Banerjee ji and get them to sign the MoA, so that we can set up the Sainik School in our region.