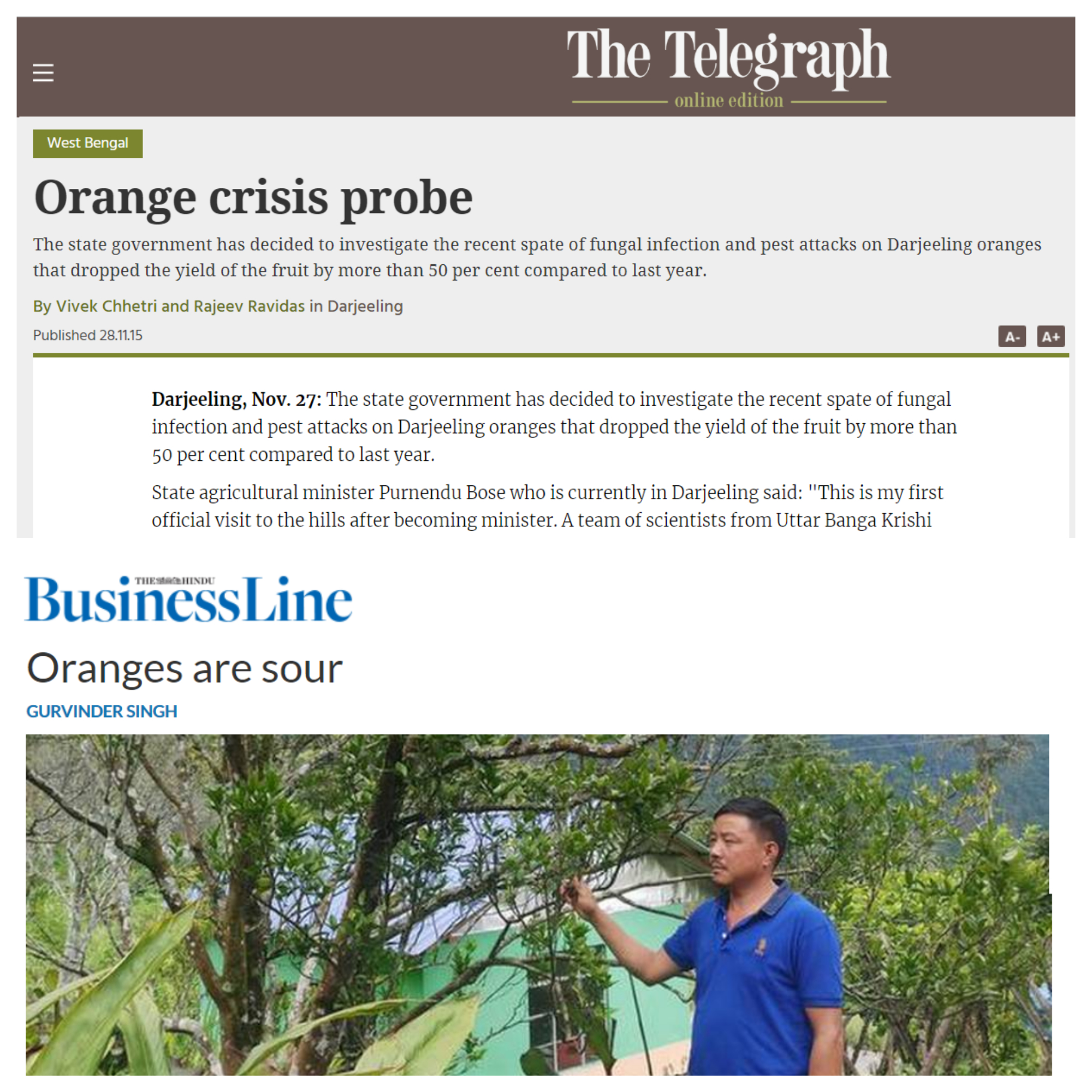 Till date, Darjeeling MP Raju Bista has asked two sets of questions relating to agriculture in our region – regarding the following issues:

While the Union Government has acknowledged Darjeeling as a “one of the best growing zones for oranges in India,” MP Bista is dismayed to note that both the answers from the Ministry of Agriculture and Farmers Welfare have specifically stated that the Union Government is not aware of any loss to orange growers from our region. 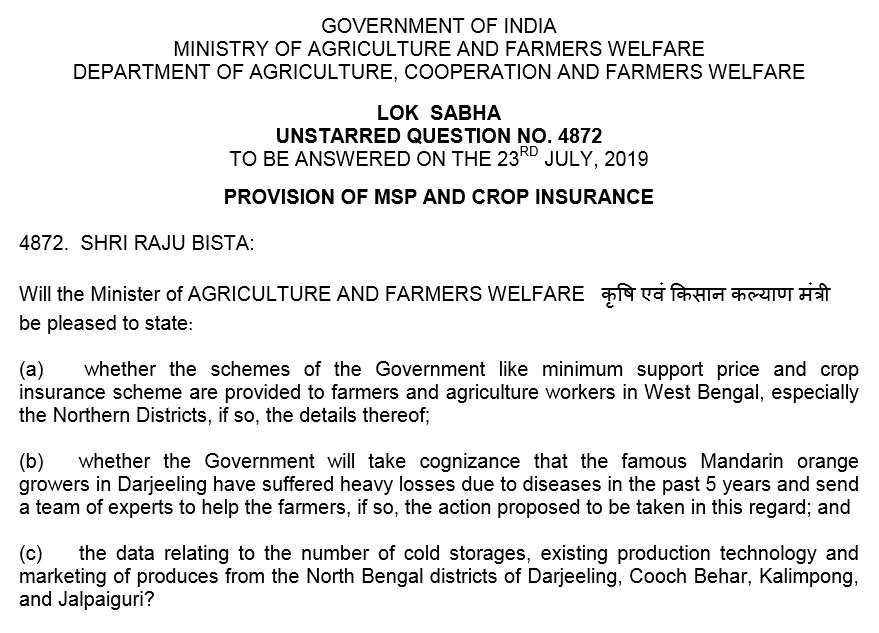 In their answer on 9th of July, the Union Agriculture Ministry has acknowledged that “Darjeeling Hills is one of the best growing zones for oranges in India and is famous for Mandarin. The district is endowed with diverse agro-climatic conditions suitable for the successful cultivation of a large number of horticulture crops including fruits and vegetables from Terai to Dooars region.”

However, their answer to MP Bista’s question, ‘whether the farmers and fruit growers from the region have suffered due to lack of Government support’? was one short line “There is no such information available.”

A supplementary set of questions were again added, to inquire if the Union Government was aware of the plight of the orange growers, the answer on 23rd of July from the Union Agriculture Minister Shri Narendra Singh Tomar makes it clear, “No such loss has been reported by the State Horticulture Mission”.

The Union Agriculture Minister has also specified that the Union Government provides 35-55% support on post-harvest is available to farmers and entrepreneurs through the State Horticulture Missions.

The Union Agriculture Minister has also informed the Parliament that the Pradhan Mantri Fasal Bima Yozana is voluntary for the state, and that the West Bengal government has pulled out of it, and have started their own crop insurance scheme – ‘Bangla Fasal Bima Yojana.’

Reacting to the answers, MP Bista said, “Once again, it is very disturbing to see that the West Bengal government has not taken any steps to involve the center when it comes to the distress faced by farmers in the hills. We know that in the past 10 years, orange production has gone down drastically in the region, and had it been any other state, they would have been asking for special farmers’ compensation package, special Central Team Horticulture to help the farmers and to save orange crops. I am just dismayed, they haven’t done anything.”

Speaking on crop insurance MP Bista said, “In other mountain states like Himachal – even fruits like Apple are given crop insurance, whereas Orange and Pineapple being one of the main fruits in the region, even they are not covered under crop insurance. I hope our farmers and horticulture organizations take this up this issue with the state government. I will push for the inclusion of orange and pineapple, along with cardamom and ginger under crop insurance.”

He also said, “I am not sure how aware farmers from our region are about the various government schemes created for their welfare. For now, I am trying to understand the ground realities, I will follow this up with a meeting with the farmers’ organizations, and see how we can take advantage of these facilities and schemes.”