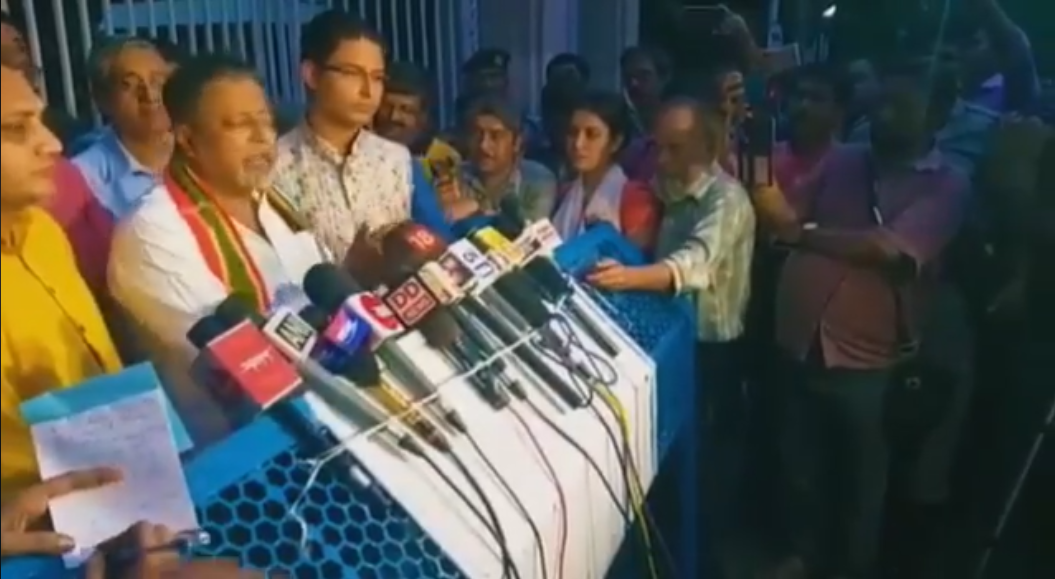 Raju Bista, Darjeeling MP today met the Governor of West Bengal, Keshari Nath Tripathi and appraised him of the current political situations in Darjeeling Hills. Rising concerns about the failing law and order situation across West Bengal, the MP requested the Governor for his intervention in restoring normalcy in the Hills. The number of unlawful arrests, threats, and police raids on houses of local leaders has increased after the election results were declared and more specifically after 17 Councillors joined BJP in Delhi and moved a no-confidence motion against Darjeeling Municipality Chairman.

Senior BJP leader Mukul Roy accompanied the MP to the meeting with the Hon’ble Governor. The BJP leaders demanded that tripartite talks be held at the earliest for real peace and initiate the process for lasting solutions for Darjeeling issues. The BJP leaders also informed the Governor about police atrocities and the alleged torture of 80-yr-old RP Waiba. Mr. Bista, also raised the issue of threats to the 17 Municipal Councillors who recently joined BJP and their family members, and demanded adequate security for them.

After a fruitful discussion, the Governor has assured the delegation that he will take the issue on priority and discuss with the government on how to bring back peace and lasting solution to the various issues faced by people in Darjeeling. After the meeting with the Governor, Raju Bista said “I decided to meet the Governor to highlight the various issues relating to law and order, issues of police atrocities, and unlawful means adopted by the Government to subvert people’s mandate. People of my constituency are living in fear of police arrests simply for voicing concerns against present administration or the government. This is a democracy we live under where people’s will and rule of law must be respected by everyone. His Excellency, the Governor has assured his help and I thank him for giving a good hearing to our concerns.”