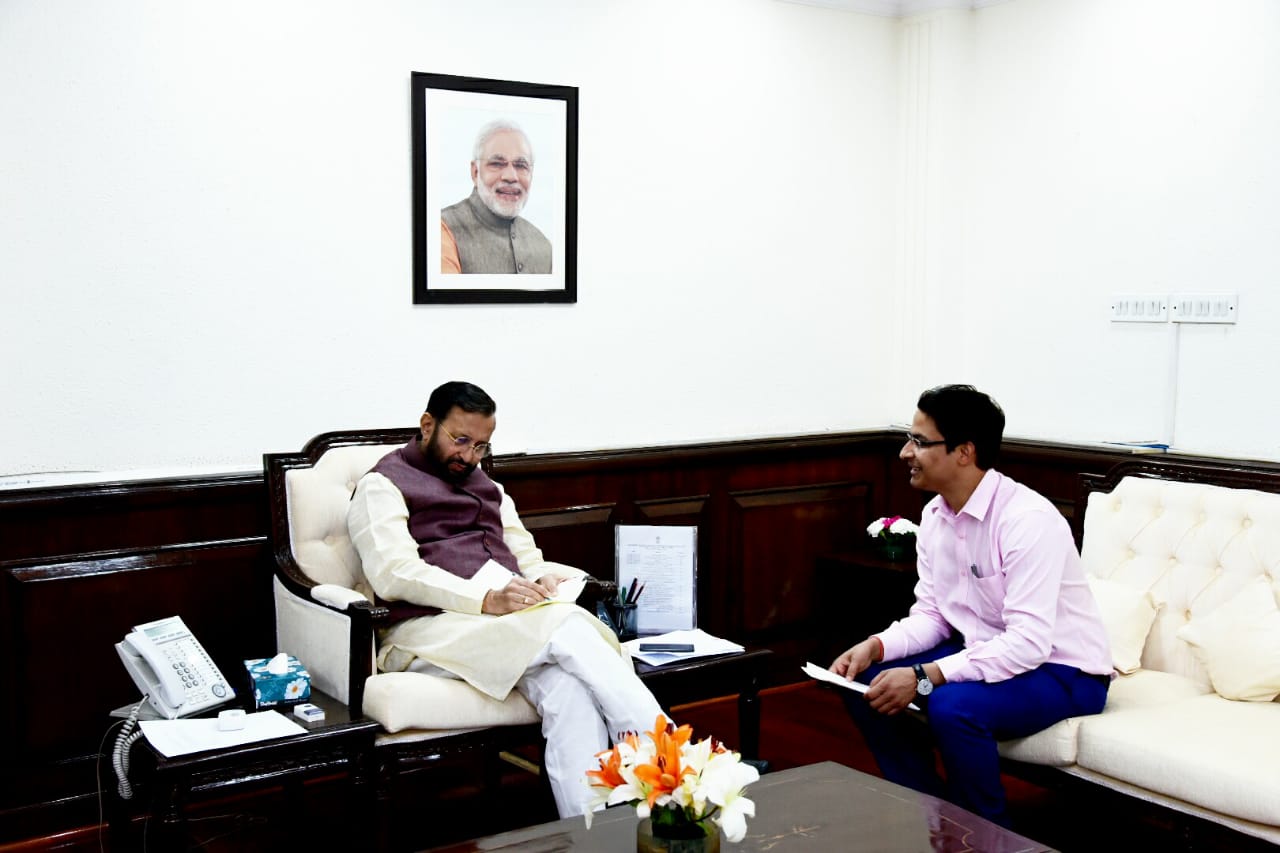 Today, Darjeeling MP Raju Bista met with Hon’ble Information and Broadcasting Minister Prakash Javadekar ji to inform him about the closure notice issued for Short Wave Transmitter at Kurseong Radio Station. MP Bista had met the Hon’ble Minister earlier to apprise him about the notice issued by Directorate General, All India Radio ordering the shutting down of 21 non-functional Short-Wave transmitters, among which SW Transmitter in Kurseong was included.

Despite the fact that the order was for shutting down of ‘Non-functional’ Short Wave Transmitters, a new order was issued Prasar Bharati ADG (E) (EZ) AVM via email on the 1st of August 2019 to the Deputy Director General (E), following which a notice was issued for SW transmitter at Kurseong to be shut down.

During the meeting, MP Bista requested the Hon’ble Minister to issue an order to restart broadcast from SW Transmitter in Kurseong till a new DRM transmitter is put in place. He also requested that the existing transmitter be replaced with a new and modern 300KW DRM Transmitter at the earliest.

MP Bista also requested the Hon’ble Minister to establish a dedicated DD Nepali Channel, so that the language, culture and traditions of over 1.5 crore Gorkhas can be shared with the rest of the nation.

Following the meeting, MP Bista commented “In the absence of a dedicated Nepali language channel, our people have remained deprived of the benefits of information and knowledge provided through Doordarshan. Also, this has hampered the preservation and promotion of Gorkha arts and culture. This has deprived our artists and cultural exponents of a national platform to share their talent, while at the same time prevented the propagation of our language and culture. ”

Minister Jaavdekar ji informed the MP that the issue will be resolved at the earliest. Javadekar ji was also enthusiastic about the establishment of a dedicated Doordarshan channel in Nepali language.