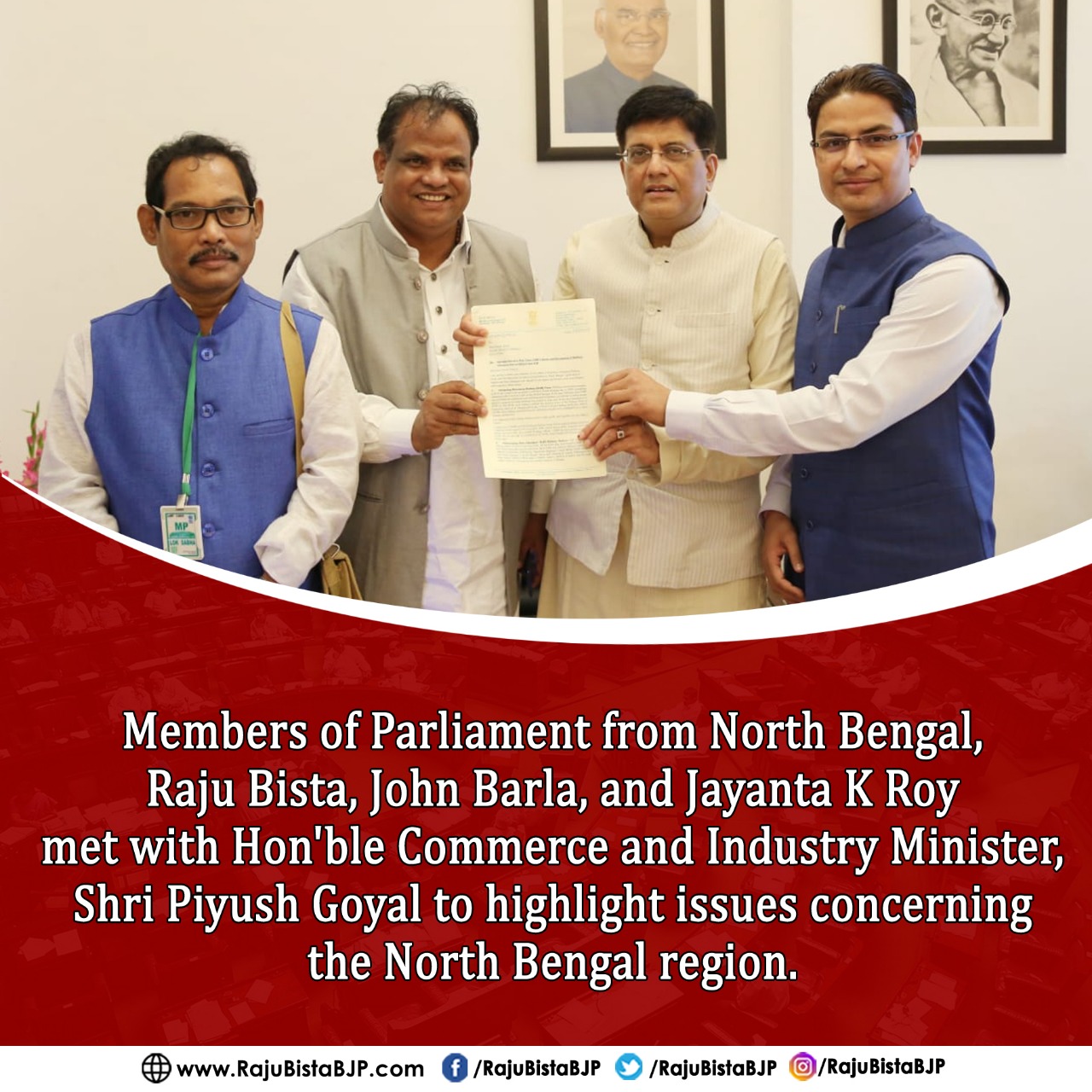 Today, the Members of Parliament from the Darjeeling – Raju Bista, Alipurduars – John Barla and Jalpaiguri – Jayanta Kumar Roy together met with Union Minister in charge of Commerce and Railways Shri. Piyush Goyal ji. The MPs brought to the attention of the Hon’ble Minister various issues afflicting our region. 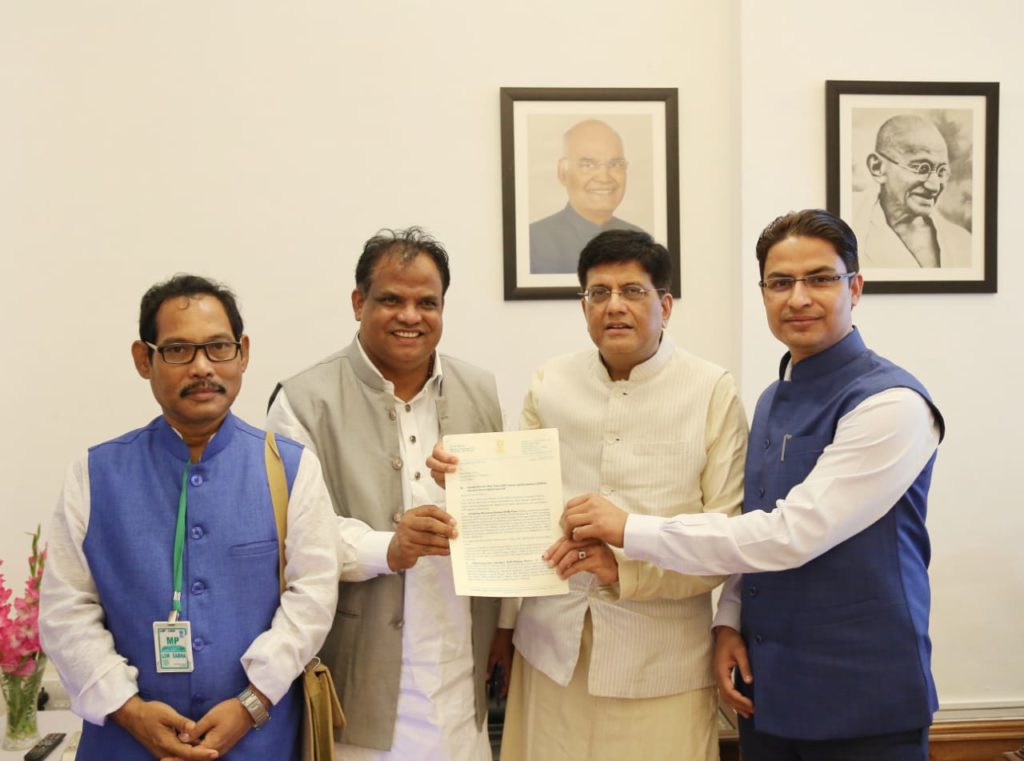 The MPs informed the Hon’ble Minister about the sorry state of tea industry in North Bengal. In particular, they highlighted the sufferings of the tea garden workers. They informed the Minister how tea garden workers are the lowest paid industrial workers in the nation, and how they are subjected to numerous forms of exploitations. The MP’s requested Hon’ble Minister to constitute an Expert Committee to examine the issues plaguing the tea industry and resolve them at the earliest.

The members impressed upon the Hon’ble Minister how Darjeeling, Terai and Dooars are important repositories of Biodiversity in India, and that our region is one of the 32 biodiversity hotspots identified by IUCN. The MPs informed the Minister that tragically in the past 5-years alone over 500 animals, most elephants have been killed after being struck by trains between Siliguri in Darjeeling district and Kokrajhar in Assam. They requested the Hon’ble Minister to construct wildlife corridors along Siliguri-Kokrajhar route, so that the animals can criss-cross these lands, without having to fear being killed in an accident.

Darjeeling MP Raju Bista also highlighted the shutting down of Darjeeling Himalayan Railway (DHR) Press in Kurseong and informed the Hon’ble Minister about how this Press was an integral part of the UNESCO World Heritage DHR site. MP Bista informed the Minister that DHR is not like other railway operations and its operations should not be adjudged from a mere business perspective. He then requested Piyush ji to find alternative uses for the Kurseong Railway press and its existing infrastructure and modernize some aspects of it to produce DHR related memorabilia, souvenirs and DHR related arts and crafts. He informed the Minister that as a World Heritage railway – DHR has fans spread across the world, and we can cash in on their love for DHR, while keeping the Kurseong Railway Press open.

MP Bista informed the Hon’ble Minister how the districts of Darjeeling, Kalimpong, Alipurduar and Jalpaiguri attract the largest number of tourists in Easter Himalayan region. MP Bista also informed the Minister about how people from important centres like Chopra, Naxalbari, Phanisdewa, Bagdogra and adjoining regions were forced to travel to NJP to catch a train to Kolkata. He then requested for a new train to be started, with connecting Darjeeling region to Kolkata. He requested that Gulma Railway Station near Sukna be made the originating station for this new train and for this train to traverse through Bagdogra, Phansidewa, Naxalbari and Chopra region on its way to Kolkata.

The Hon’ble Minister gave a patient hearing to all the MPs and assured them that his Ministries will take necessary action at the earliest.