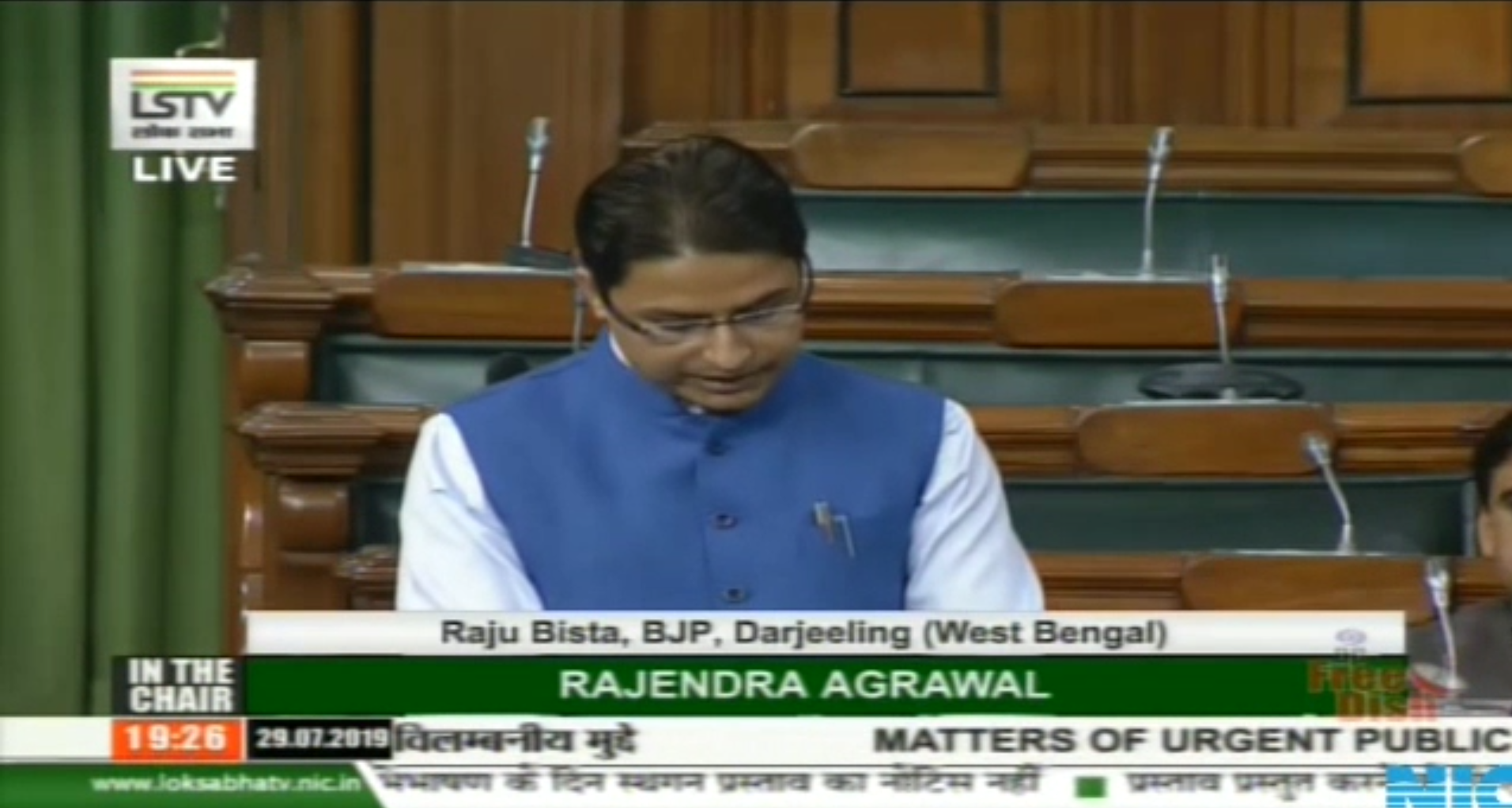 Today, Darjeeling MP Raju Bista drew the attention of the Parliament to the urgent need to find a Permanent Political Solution to long-pending demands of the people from our region.

Speaking in the Parliament, MP Bista said, “Two experiments in the form of stop gap semi-autonomous bodies like DGHC and GTA, have failed to address the demand for a permanent political solution to this problem.”

“From the perspective of National Security, a permanent political solution will check cross-border illegal infiltration and help to secure our borders at the critical chicken-neck region.” He requested the Union Home Minister to initiate tripartite talks with all stakeholders so that a path to Permanent Political Solution can be created at the earliest.”

Reacting to the issue, MP Bista said, “Darjeeling hills, Terai and Dooars are one of the most important and strategically located geo-political regions in India. A peaceful chicken neck region that is developed and progressed to its full potential is in the larger interest of the nation.”

He added, “Resolving the long pending political issues here and arriving at a Permanent Political Solution should be the goal not only for the Union Government but also for the West Bengal government and the local people here. We all have to come together and begin a dialogue in this regard because unless we start to talk no resolution can be found, and not talking is simply not the solution.”

MP Bista observed, “the entire region has been a victim of political high-handedness and severely lags behind the rest of the nation in terms of development and economic progress. It is high time we unleash the economic, social and cultural potential of the people here in our region, and that will happen when we have a permanent political resolution to all the concerns of the people from our region.”