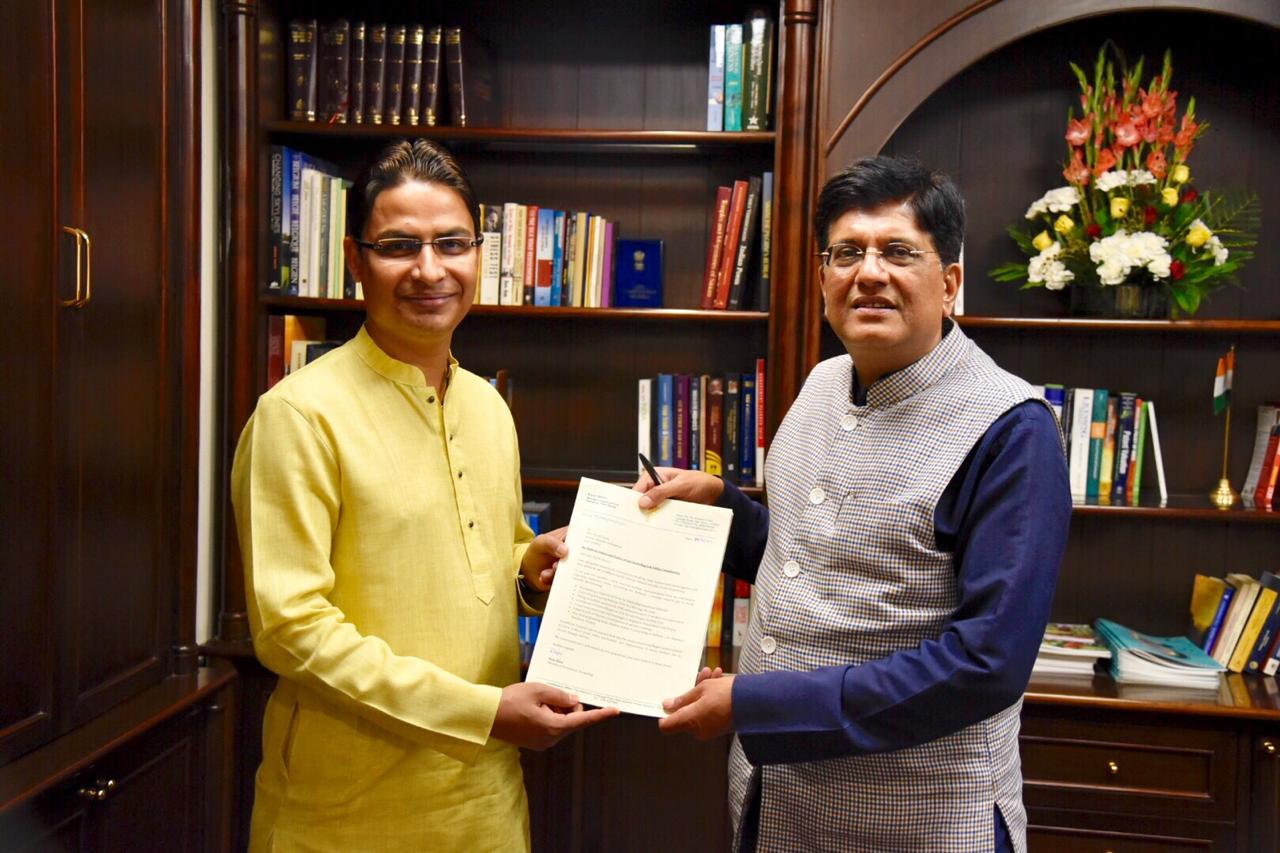 I am thankful to our Hon’ble Minister of Commerce, Shri Piyush Goyal ji for his prompt action on my request to protect Darjeeling Tea, from free dumping of imported tea from neighbouring countries that often ends up being sold as ‘Darjeeling Tea’.

This free dumping of tea from neighbouring countries has caused widespread losses for our tea Industry, and harms brand Darjeeling which is considered to be the Champagne among Teas, across the world.

Recently, I had informed Hon’ble Minister and suggested that any imports of tea from other countries should be required to get due clearance from Food Safety and Standards Authority of India (FSSAI) before being allowed entry into Indian markets. This will help us safeguard against health risks posed by chemical-laden tea, prevent adulteration of Darjeeling tea, and also promote a healthy competition among tea producers from the neighboring countries.

Following my request, I am happy to inform that the Tea Board of India has issued directives to all the registered buyers and licensed distributors for compliance of provisions of Food Safety Standard (Packaging& Labelling) Regulations, 2011.
This would ensure that Indian tea packers using imported teas have to declare the tea as being ‘imported’ in their packets.
FSSAI has been requested not to allow such teas into India which are not FSSAI compliant and no relaxation in testing parameters be allowed. Tea importers will also have to produce sanitary & phytosanitary certificates issued by the Tea Board of India under the Tea (Distribution & Export) and clearance certificate by the Tea Council before products are allowed into each others country to avoid non-compliance.

Furthermore, it will be mandatory to specify the country of origin by the wholesalers, packers and retailers while selling imported teas in India, in order to protect Darjeeling name and Logo under Geographical Indications of goods, as approved by the World Trade Organization.

I also request all the stakeholders associated with Darjeeling tea industry to remain vigilant towards illegal import and mislabelling of tea from Nepal and other countries. Anyone indulging in such fraudulent activities need to be reported to the respective authorities.

Adulteration of Darjeeling tea, poses a risk to our brand Darjeeling and also puts to jeopardy the hard work put in by generations of people associated with the tea industry, who have earned Darjeeling Tea its good reputation and world wide recognition.