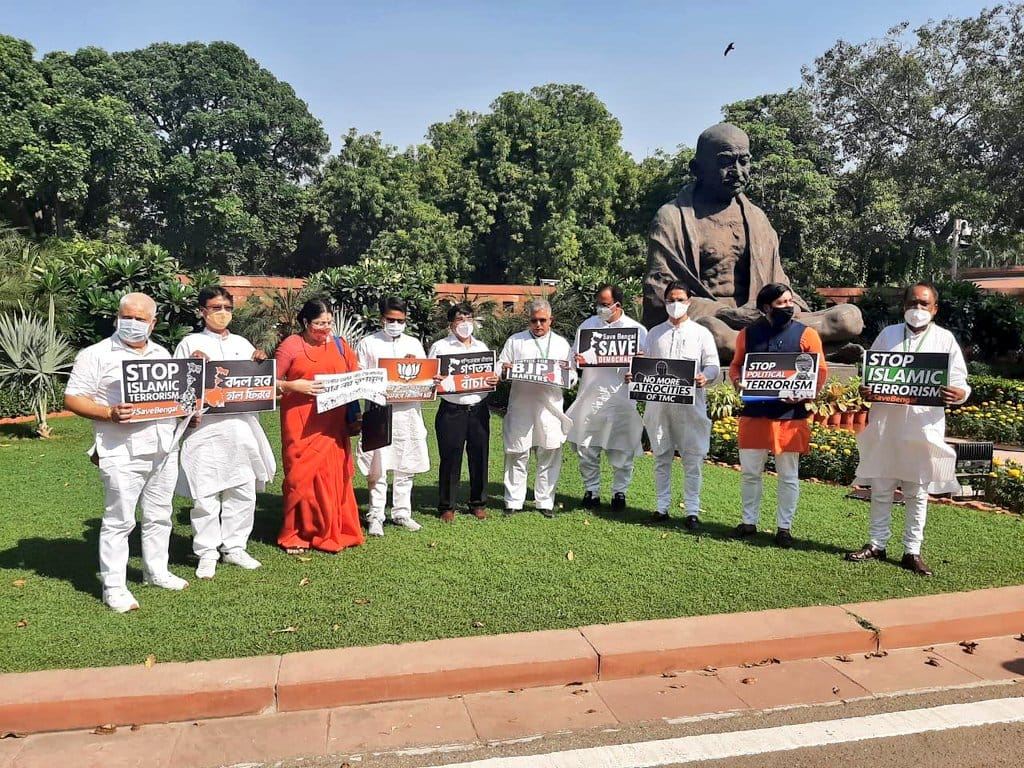 Today, I joined my fellow BJP MP’s from West Bengal in the Parliament, to protest against and highlight the deteriorating law and order situation in the state.

Bengal is the land that has produced some of the greatest thinkers, philosophers, academicians, artists, musicians, activists who have inspire not only India, but the entire world. This land of Raja Rammohan Roy, Swami Vivekananda, Ishwar Chandra Vidyasagar, Gurudev Rabindranath Tagore, Netaji Subash Chandra Bose, Shayama Prasad Mukherjee, Satyajit Ray and hundreds of other greats have given India some of the most influential personalities.

It was because of them everyone believed “what Bengal thinks today, India thinks tomorrow”

Today, Bengal has been left behind.

While rest of the country has progressed into 21st Century, West Bengal is regressing into 17th-16th century. West Bengal has suffered immensely under earlier CPIM and now TMC rule.

TMC is gradually turning West Bengal into a hub of terrorism in India. They have allowed Rohingyas and illegal infiltrators from Bangladesh to settle in the border districts to increase their vote bank. This has caused widespread demographic changes in the border region leading to the dilution of original population. This poses a grave national security threat.

We have all read reports of many incidents of blasts while manufacturing bombs in TMC leaders’ houses. Fake currency racket is rampant, drugs and contraband trafficking and human trafficking are highest in West Bengal. Several ISI Links to West Bengal have been exposed. Many Jamat-E-Mujahidin Bangladesh (JeMB) terrorists who were given safe haven in West Bengal have been arrested, and yesterday NIA arrested Al Quaeda terrorists from the state.

All of this wouldn’t be possible without the complicity of the ruling party.

The TMC Government, which has unleashed police raj, murdered political opponents, tortured and hounded those who speak out against them has lost all right to remain in power.

We have to make sure that this undemocratic and tyrannical regime is uprooted from the holy land of West Bengal. 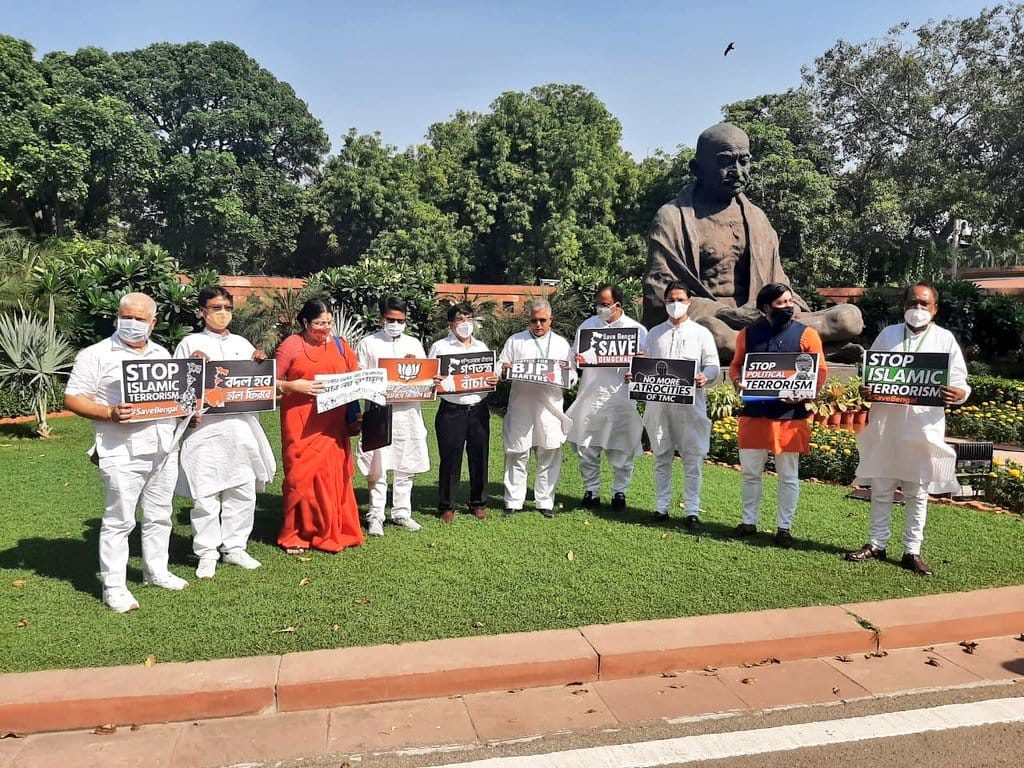