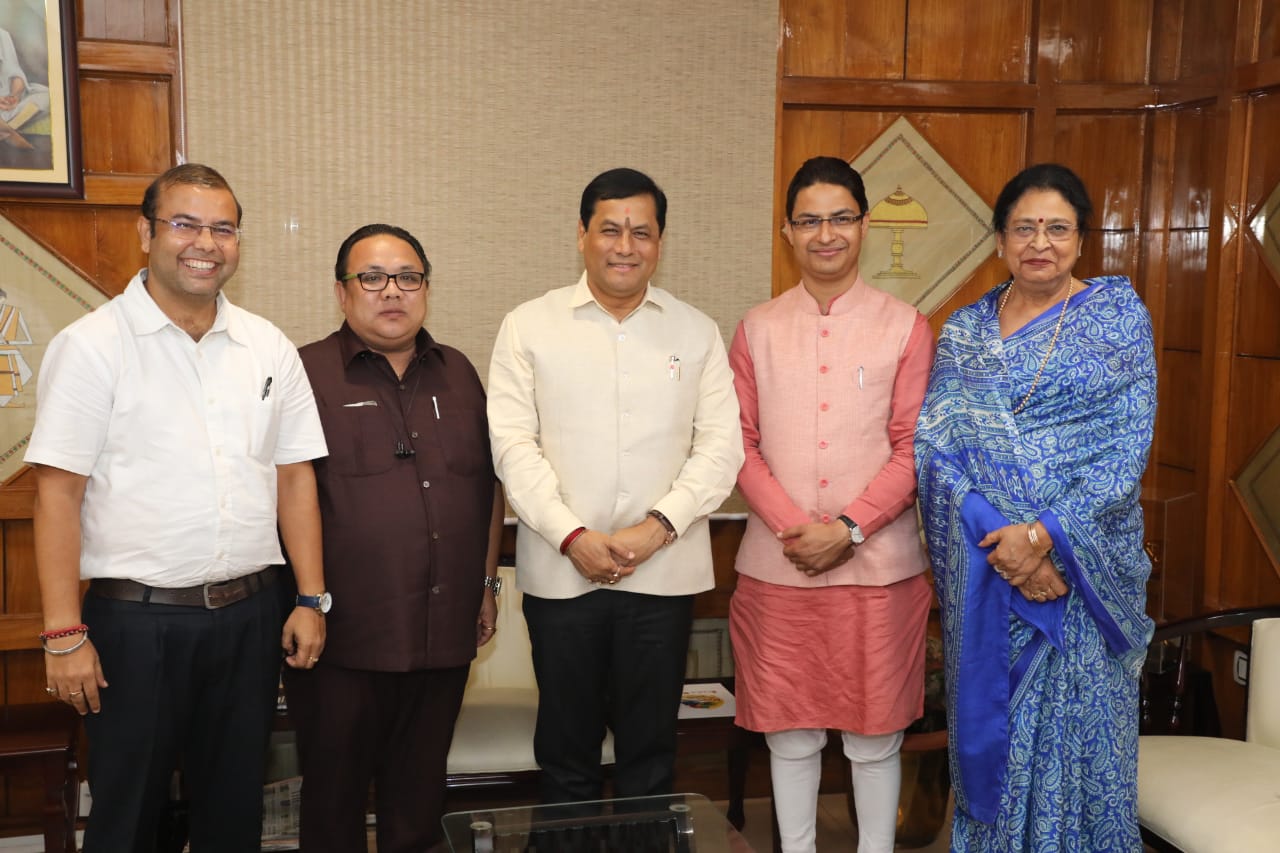 Yesterday, I met with Hon’ble Chief Minister of Assam, Shri Sarbanda Sonowal ji to discuss the ongoing issues surrounding the exclusion of Gorkhas from the published NRC list on the 31st August. I was accompanied by Darjeeling MLA Shri Neeraj Zimba ji for the meeting.

The NRC issue is very complex and complicated, only those who are facing an uncertain future due to their names being left out of the NRC Roll know the real extent of their sufferings. I met with those families whose names have been left out, and participated in the ‘Jaatiya Chintan Sabha’ with the representatives of All Assam Gorkha Students Union (AAGSU), Assam Gorkha Sammelan, Assam Nepali Sahitya Sammelan and Bharatiya Gorkha Parisangh (Assam) and various other intellectuals and prominent social activists from Assam to extend my solidarity and support. 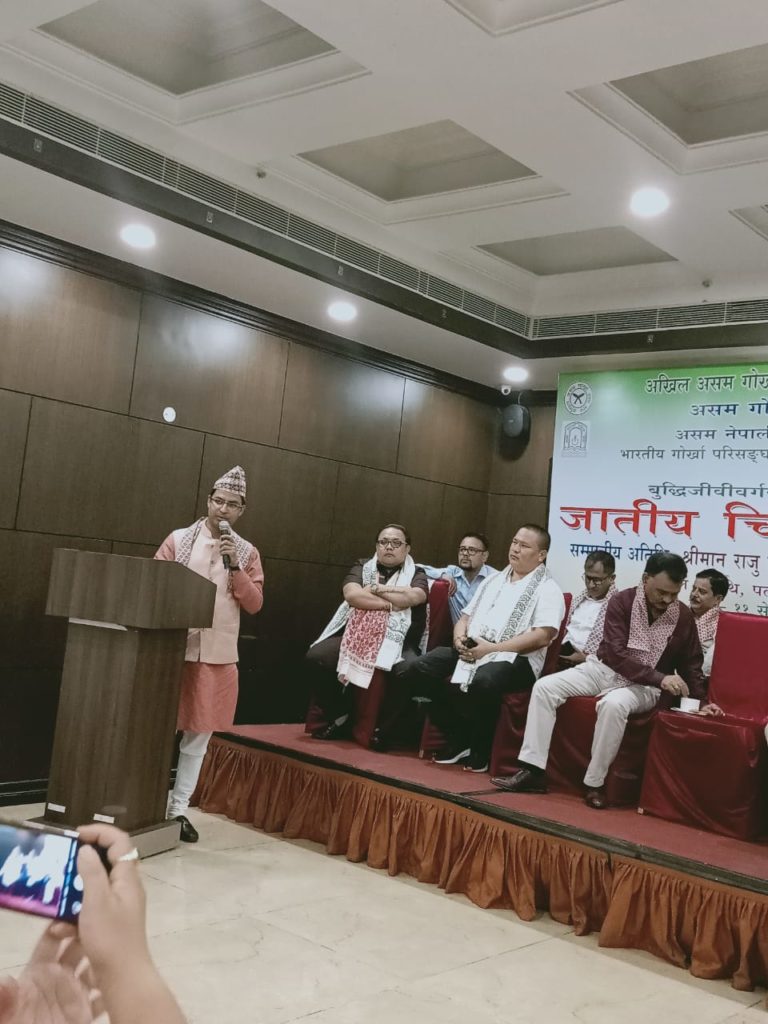 One of the best aspects of this NRC related issue is that all the Gorkha Organizations and prominent individuals are together, willing to help our people. I congratulate them and thank them for this much needed solidarity in these difficult times.

I listened to the issues and problems facing people from across Assam.

In the milieu, we often tend to overlook the basic fact that Gorkhas have a very rich history in Assam, and they have contributed immensely towards Assamese socio-culture, economics and politics. 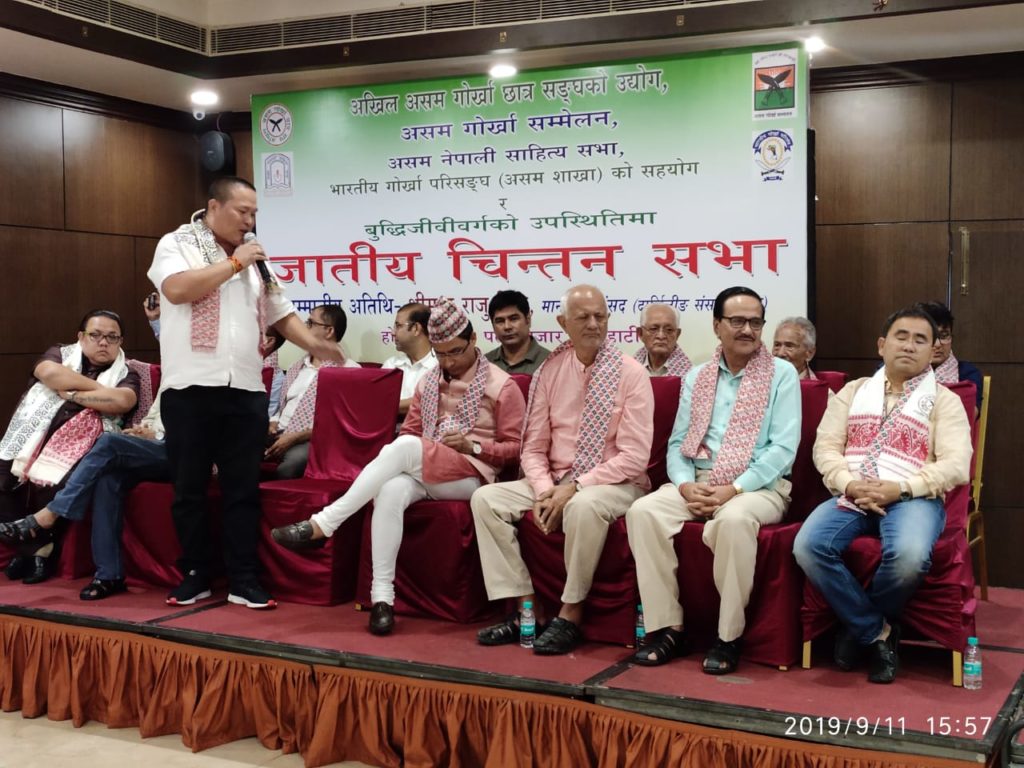 When the first census was conducted in 1872, there were 1635 Gorkhas in Assam, from 1919-1920 grazing tax was the highest in Assam, an amount of 2.77 Lakh tax collection from grazing in 1919-20 is a massive amount. Most of the grazers were Gorkhas. In 1921 Chabilal Upadhay ji was the founder Chairman of Congress in Assam Pradesh Congress Committee.

Assamese Gorkhas are born in this great land and have made huge contributions during the freedom struggle of India, including the greats Ananthalal Sarma, Chabilal Upadhaya, Bhakta Bahadur Pradhan, Dalbir Singh Lohar among others.

In 1947 when the Tribal Belt and Block was formed, the Gorkha cultivators were included under the Protected Class.

Even during the Assam Agitation, Baijayanti Devi from Chandmari, Sonitpur – a Gorkha lady had become the first female martyr of the agitation in 1979.

Others including Padma Bahadur Chetry, Kul Bahadur, Rudra Mohan Rai, Tulshi Sarma, Harendra Sarma, and Dhan Bahadur Chetry made the supreme sacrifice along with hundreds of others from across Assam while protesting against ‘illegal immigration’ in the state. Among the names that have been left out are prominent figures like Manju Devi, the granddaughter of the great Gorkha freedom fighter, Chabilal Upadhyay. Even family members of Baijayanti Devi have been left out of the NRC roll. 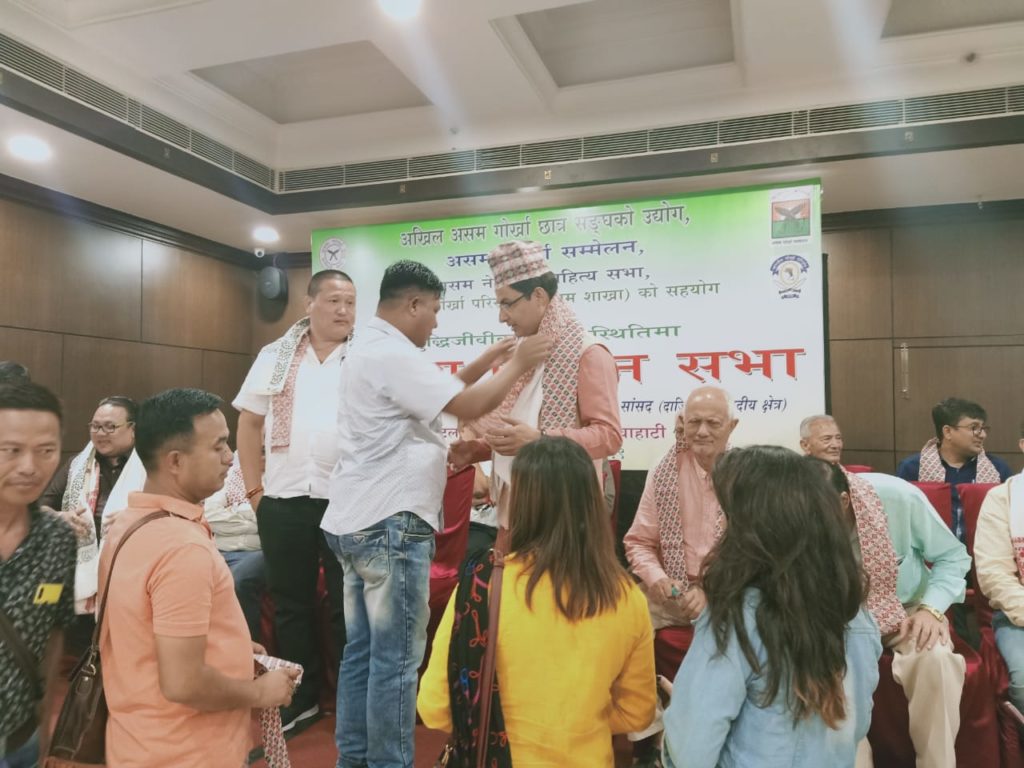 Hon’ble CM assured me that the Gorkha community have no need to worry, even if some names have been left out. He specifically emphasized that the government considers Gorkhas as Assamese people, and told MP Bista there is no need to keep referring them to as Gorkhas. He said that the Gorkhas are an integral and inalienable part of the Assamese community.

He also informed me that NRC process is being conducted under the monitoring of Hon’ble Supreme Court of India and that the State, as well as Central Government, have no involvement in the process. Chief Minister Sonowal shared his confidence that by the end of the NRC process, all genuine Assamese people will find their names in the list. He said that once the NRC Process is completed, the Assam Government will take the decisions that are in favour of the people of Assam.

He reiterated that the Government of Assam won’t let any Gorkha be harmed.

From my perspective, it was a very fruitful visit and meeting.

I once again reiterate my solidarity and support with Gorkhas in Assam, and assure them that they are not alone. All the Gorkhas across India stand in solidarity with them